Profile
In 2001 Sempai Ian Cameron started training in Kyokushin Karate at the Kyokushin Perth Dojo in Scotland. .Fought two British open competitions, represented Scotland in British national competitions. He was selected to represent the Great Britain team at the Europe Championships in 2006 held in Italy. Gained Shodan in 2007. In 2013, he decided to join Kyokushin Karate Fernando Dojo to train with Shihan Prasanna Fernando, currently known as KBKS Honbu Dojo. He was graded to Nidan in 2015 by Hanshi Hasegawa with part of the grading panel including Shihan Prasanna Fernando. Sempai Ian holds qualifications in the Kyokushin Karate Instructor Programme and is a qualified judge/referee.
Academic qualifications: BSc (Hons) in physiology from the University of St. Andrews and BSc in Nursing from the University of Stirling, United Kingdom.
In 9th of December 2019, Sempai Ian Cameron was appointed to the position of KBKS Honbu Secretary. 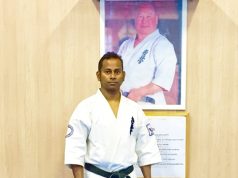 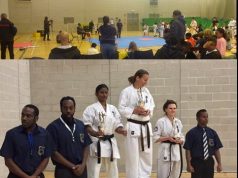