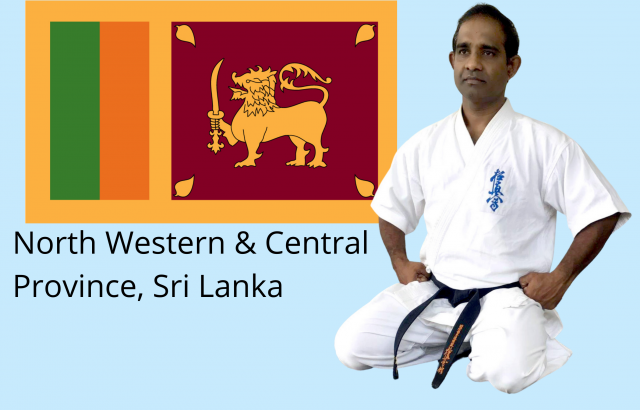 Kyokushin Budo Karate Shakai Honbu is pleased to announce that Sensei Kithsiri Kumaranayake (3rd Dan) has been appointed as a Branch Chief of North-Western and Central Province for Sri Lanka.

On behalf of the entire Kyokushin Budo Karate Shakai members welcome to our Kyokushin family. Osu!

Sensei Kithsiri Kumaranayake (3rd Dan) Chief Instructor of the Central and North Province of Kyokushin Budo Karate Shakai of Sri Lanka has one of the most impressive backgrounds of Kyokushin Karate experience in the country.

Sensei was born in Sri Lanka in 1966. Started training in 1979 under the direction of Sensei D.A. Welgama the former Sri Lankan representative of IKO. Later, stated training under the supervision of one of the living legends in Sri Lanka, a pupil of the great Masutatsu Oyama, Shihan T.N Siriwardana.

In 1981, Sensei Kithsiri Kumaranayake contested at the first inter-club tournament. Later, 10th April in 1983 was a historically significant day for the field of Sri Lankan Karate. It was because the first full-contact open karate tournament was held on that day at the indoor stadium of Army Gymnasium Panagoda which was opened for those who have followed any kind of Martial Art.  The supreme judge was Sosai Masutatsu Oyama the undefeated Karate exponent in the world and the Grandmaster of Kyokushinkaikan Sosai Masutatsu Oyama and the late president His Excellency J.R. Jayawardhana graced this occasion as chief guests. The selection tournament was a very tough test for this championship and it was held at the Military Police Headquarters, Colombo. Although several Karate styles and Kung fu competitors in Sri Lanka participated at this event only 29 fighters were selected for the final round. Sensei Kumaranayake(3rd kyu-Green Belt at the time) who was the youngest fighter among the 29 fighters who fought for the tournament.

1999 Sensei Kithsiri Kumaranayake was appointed as the Karate Instructor in charge of the North Western Province and Central Province for the Sri Lanka IKO Kyokusinkaikan organization.

In 2000, Sensei Kithsiri Kumaranayake was appointed as a resource person on physical and mental development at the cultural center, Mahagama in Divisional Secretariat Division Mallawapitiya affiliated to the Ministry of Cultural Affairs.

In 2002, he was appointed as the Karate Instructor at Ira Amarasekara Maha Vidyalaya, Narammala. In 2007, a new Dojo was opened at Rideegama city.

Sensei Kithsiri Kumaranayake has been trained under Shihan Peter Chong, Sensei Thoru Hiratha (Sosai’s Uchi deshi, Japan) during their stay in Sri Lanka. During the period of 41 years as a Karate professional, Sensei Kithsiri Kumaranayake has participated in numerous Karate tournaments conducted by IKO Sri Lanka from  1981-1996 and functioned as a Judge since 1997 and he has trained a number of students at many areas in Sri Lanka as a Karate Instructor since 1981 for a period of 39 years.

In the year 2017, Sensei Kithsiri Kumaranayake was promoted to the Black Belt 3rd Dan by the Sri Lanka Full Contact Karate-Do Federation and still striving for perfection of technique and character while inspiring students to do the same.

During Sensei’s lifetime of teaching, he helped many Shihans and Senseis’ to become top-level instructors. One of his best students Lakmal Fonseka (6th Dan Shihan and current Branch chief of Shidokan) became 2nd place in the 5th Asian tournament which was hosted in Sri Lanka under the supervision of Sosai Oyama in 1992. Sensei was one of Sempai’s of Shihan Prasanna Fernando and had a close friendship since 1986.

We believe his vast experience and knowledge of Karate will further help to spread Kyokushin Karate in Sri Lanka. 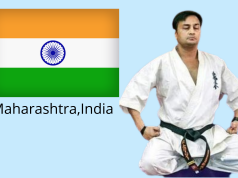 We Welcome the New Branch established in Maharashtra, India 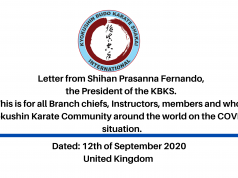 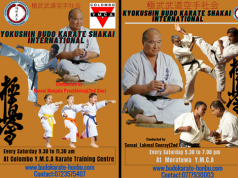